A taster of just some of the attractions you will find at the Ramsey 1940s Weekend this year.

Now you can find out for yourself.  Make sure to visit our air raid shelter and experience first hand what people went through during an air raid.  An experience not to be missed!

Air raids throughout both days - just listen for the air raid warning siren.

It is poignant that 2018 marks 100 years since hostilities ceased in the Great War (WW1).  It remains one of the bloodiest conflicts to have taken place and it would be remiss of us not to honour those that took part in the conflict.  Among the many unsung heroes are the First Aid Nusing Yeomanry.  A mounted unit of men, women and dogs. These units bravely entered the battlefield to retrieve the injured.  So successful were they that they even played the same role in the early part of WW2.  It's a far cry from the advanced medical facilities available in the present day military and we remain both proud and humbled to offer you this living history display,

Make sure you not only get to see the battlefield demonstration of search dogs, skilled horsemanship (at what can only be described as terifying speeds), but also visit their encampment and stables where you will be able to meet the people, their horses and dogs.  The children will be able to take part in squad drill and other activities if they wish.

Help us to celebrate 100 years of

One hundred years ago, King George V authorised the creation of a new branch of the British military. It was formed in response to the growing role of airpower in warfare, and created by merging the aviation branches of the Royal Navy and British Army together into a single service, the Royal Air Force.

A few months later on the 1 April 1918, the Royal Naval Air Service and the Royal Flying Corps were merged to create something new, the world’s first independent air force, the Royal Air Force.

We have put together a stunning interactive display for adults and children alike thanks to our friends at Brampton Model Club, the Pathfinder Museum from RAF Wyton and Sci-Hi Education. 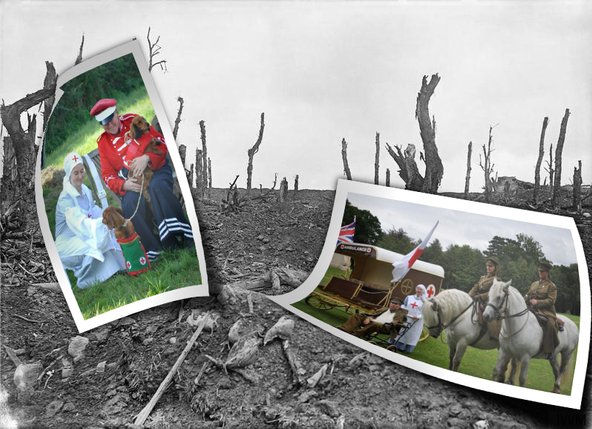